University of Northwestern – St. Paul held its football senior night on Wednesday, Nov. 17 at 6 p.m. This was the first Wednesday night game in program history. The Eagles faced Crown College Storm in an epic match.

Fans and spectators huddled in the stands as the temperature hovered just about freezing. The frigid conditions did not deter the seniors. The Eagles shined bright on senior night with a 59-20 win for the season finale. 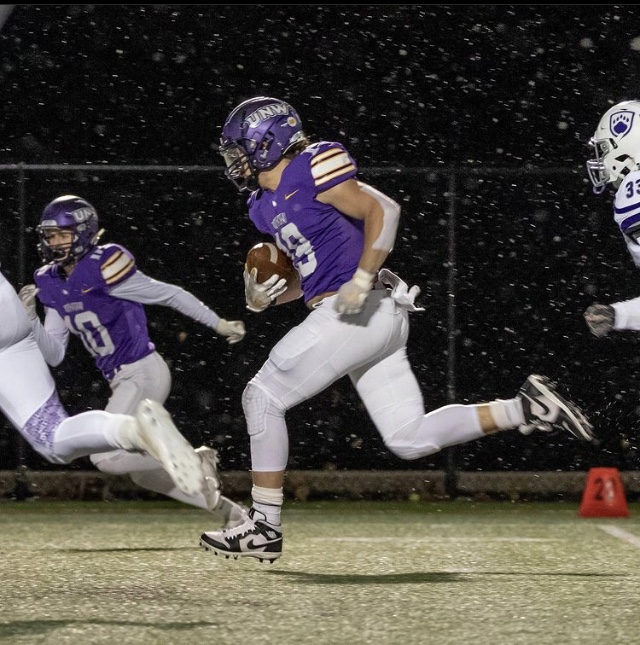 The snow swirled violently around the field giving spectators the illusion of a snow globe. Under the lights, at Crown’s 15 yard line, the Eagles offensive line prepared to score their first touchdown. The crowd cheered and applauded as Damon Clapper, a senior from Dallas Center, Iowa, scored the first touchdown of the night just five minutes into the game.

After Crown fumbled, the Eagles offense was back. The pass from Ryan Flanigan was complete to fellow senior Caleb Sieben, from Anoka, Minn., who scored the second touchdown for the Eagles. 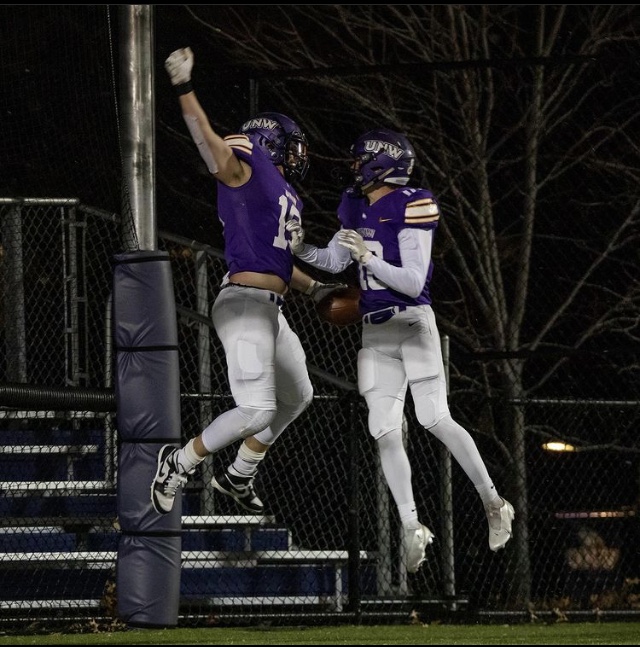 The Eagles continued to gain control of the game in their third touchdown made by Clapper just three minutes later.

Crown fought back to bridge the gap by scoring their first touchdown. With just five minutes left in the first half, Keegan James, from Brooklyn, Iowa, made a seven yard touchdown run. After the field goal was made, the first half concluded, 31-7.

The weather cleared and the Eagles returned to the field, prepared to win. The Eagles scored two more touchdowns in the third quarter. The first was by Clapper and the second by Jeremiah Staten, from South Ilgen, Ill.

The Eagles scored one last time. The crowd flooded onto the field cheering and congratulating the team. Despite the cold, friends and family came together to support the team and recognize the seniors during UNW’s fifth quarter.

Quarterbacks Ryan Flanigan and Nick Drinken were interviewed at the end of the night and Drinken applauded Flanigan for his leadership and dedication to the team throughout the season.

“He’s such a good leader in the ins and outs of football. It was really cool and I appreciate that of him.”